As part of Aten’s UX team I get to work on a wide range of projects. I recently transitioned from solving visual interface problems to illustrating spaceships, planets and aliens for children. I’d say the change of pace is a breath of fresh air, but there’s no air to be found where this spaceship is headed.

This collection of cheerful illustrations is for an early education game offered by Learning and Teaching with Learning Trajectories (LT2). LT2 is a platform that provides teachers with free access to research-based pre-k math curriculum, educational information, and corresponding activities.

Subitize! Planet is one of the computer activities we’ve created for the platform. It focuses on children’s ability to subitize, or recognize and name how many objects are in a small collection without counting. During the game children fly a spaceship towards a planet by identifying the quantity of objects that flashes on their dashboard for a short time. Each correct response inches you a little bit closer to the planet. After a player’s final correct answer, they reach the planet, triggering one of several randomized animations that occur as a reward. Here’s a taste of just a few of the bright and playful visuals from Subitize! Planet. 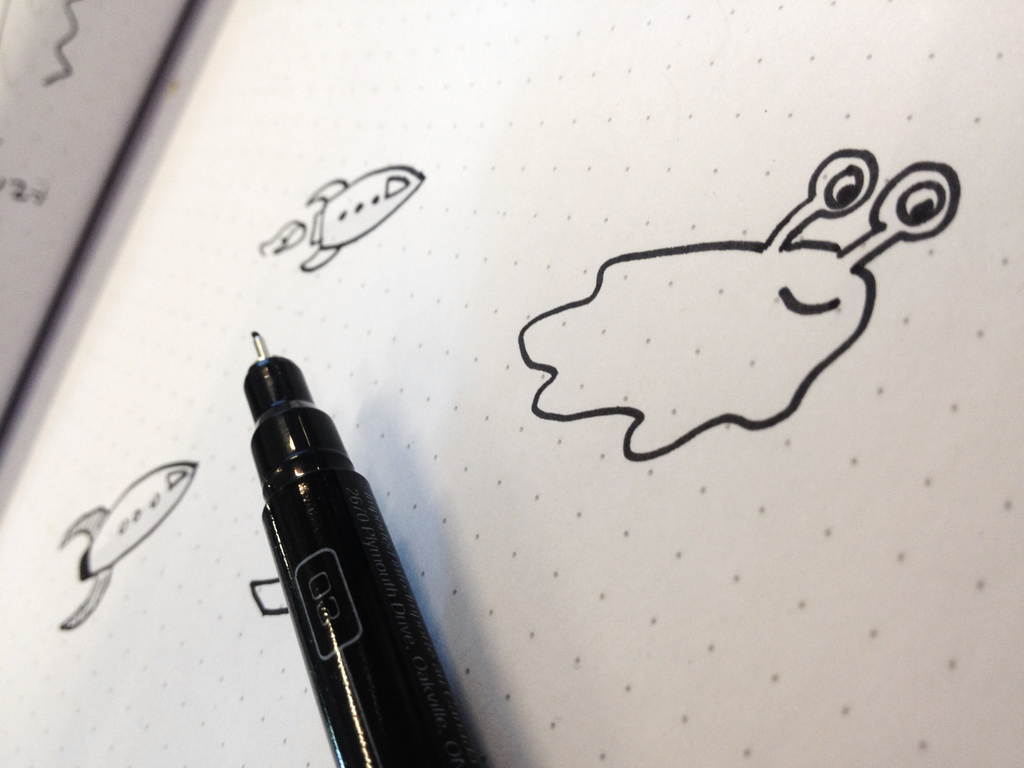 Like many of my endeavors at Aten, the early stages of game illustration begin with a rough sketch.

The sketch eventually evolved into this amoeba-like alien who oozes past your planet. 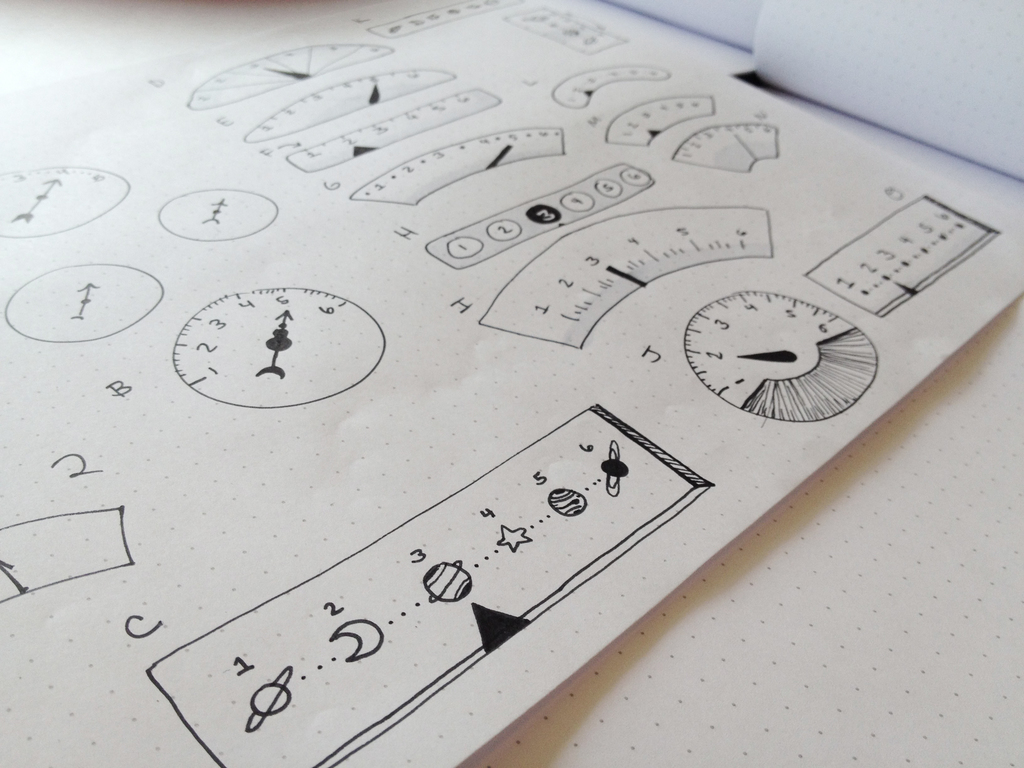 I also sketched a collection of level-o-meters. These let the player know how close he or she is to finishing the game.

Here’s the final level-o-meter in action. After the last correct answer and a puff of space dust, a player’s spaceship lands on the planet.

A player can reach any of these seven cheerful planets at the end of the game.

If you’re lucky, your planet might even wink at you.

Subitize! Planet and many of the other games we build require you to be a registered user in order to play. Stay tuned for updates on some of the other fun games we’re working on, or contact us to see a demo of this or other games in action.