My adventures in designing educational math games for young children began with illustrations and animations in outer space for LT2. Since then, my repertoire of visual themes has expanded greatly—especially after designing games for an additional client, Connect4Learning. For C4L, I’ve illustrated games that allow children to captain a boat on island expeditions, help fish reach the coral reef, or guide a knight in leaping through the sky towards castles, just to mention a few. While all of these games are designed to be fun and engaging, there is an ulterior motive.

C4L’s academic experts spend a lot of time and energy researching how kids learn math and what teaching techniques are the most successful. They use their research to develop games that help children at a specific predefined skill level reach the next level. When C4L is ready to build a game, they first provide us with a skeleton of requirements, then we discuss what visual themes would support the necessary components.

For example, the latest series of games required two different types of regions that contain objects to be counted. The first type of region needed to fit up to ten objects in any arrangement, and the second region needed to involve a tens frame, or two rows of five compartments that each fit one object. Together, we brainstormed various theme ideas, including planting seeds in a flower pot and seed trays or placing art supplies in a basket and cubbyholes. We discussed the pros and cons of illustration, implementation, and amount of motivation provided by each theme. Ultimately, we decided on a fruit theme. In some of the games in this series, children demonstrate their understanding of cardinality by placing fruit on a plate to help get ready for a picnic. In others, they need to count fruit in a crate to help make a purchase at the fruit stand.

Here’s a taste of what the visuals are like for this series of games. 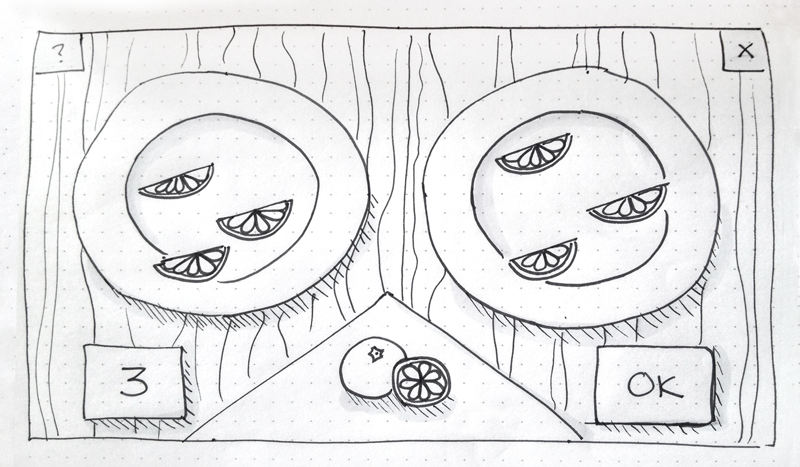 Before digitally illustrating the picnic games, I begin with a sketch. This allows me to entertain different interface ideas and involve the client in the ideation process. 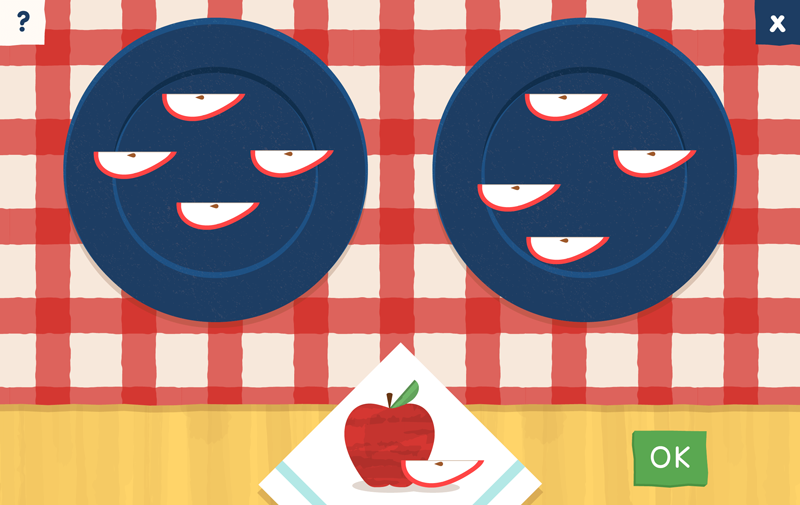 Here’s the final illustrated interface for Apple Picnic, the first game in the series. In this game, a student matches the quantity of fruit slices shown on one plate by placing that number on the other plate. 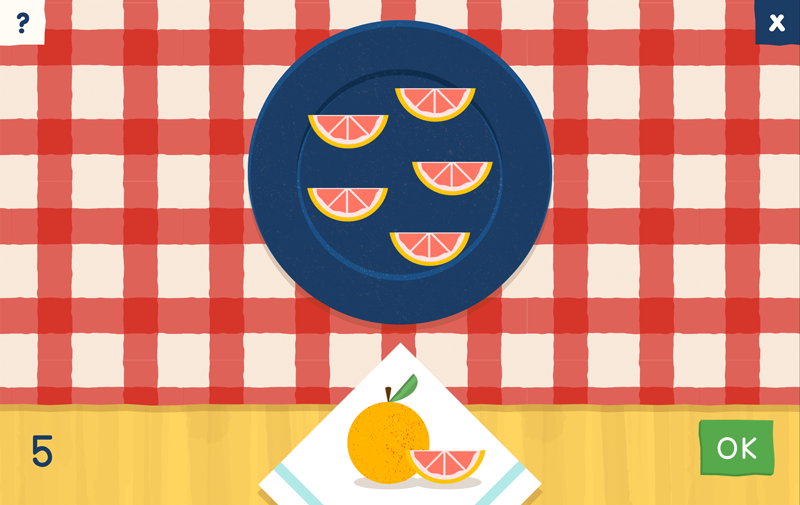 For efficiency in development, the interface elements were designed to be flexible across different layouts to achieve each game’s specific learning objective. Here, you can see the same plate and napkin from Apple Picnic repurposed for Grapefruit Picnic. 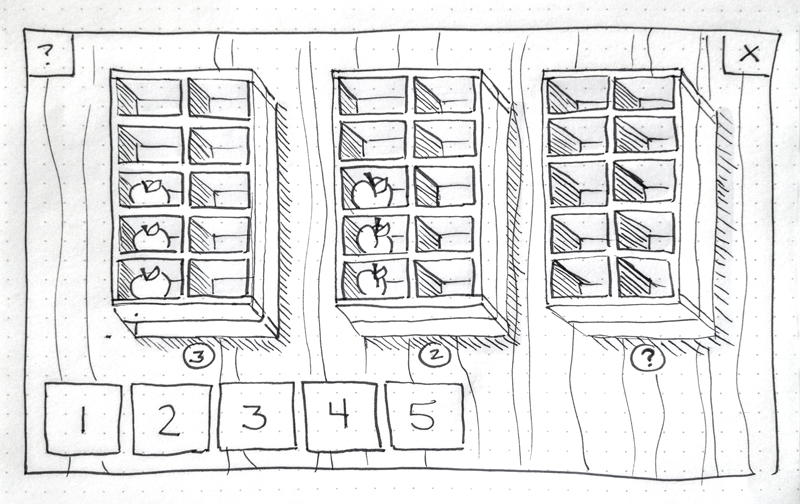 As the series of games progresses, a fruit stand theme helps children visualize numbers in the context of tens frames, which are represented by fruit crates. 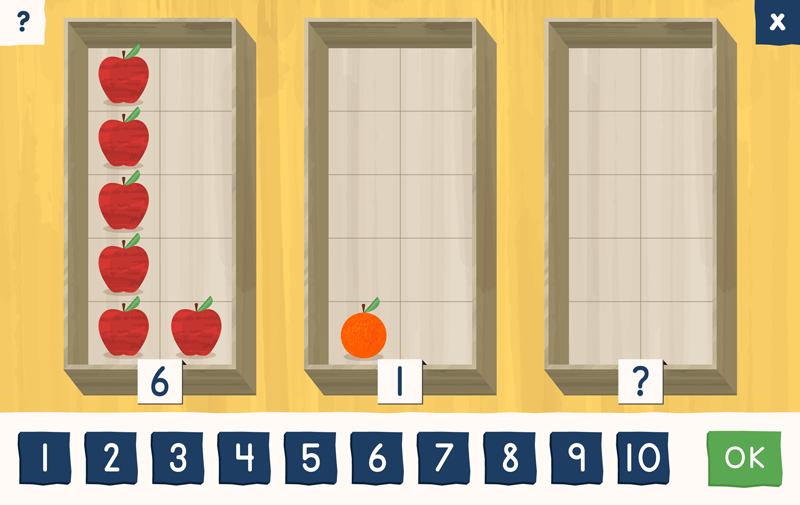 The advanced games in the series introduce the concept of addition. Students add the contents of two crates of fruit and click a numeral that represents the sum. A correct answer moves all the fruits into the final crate. 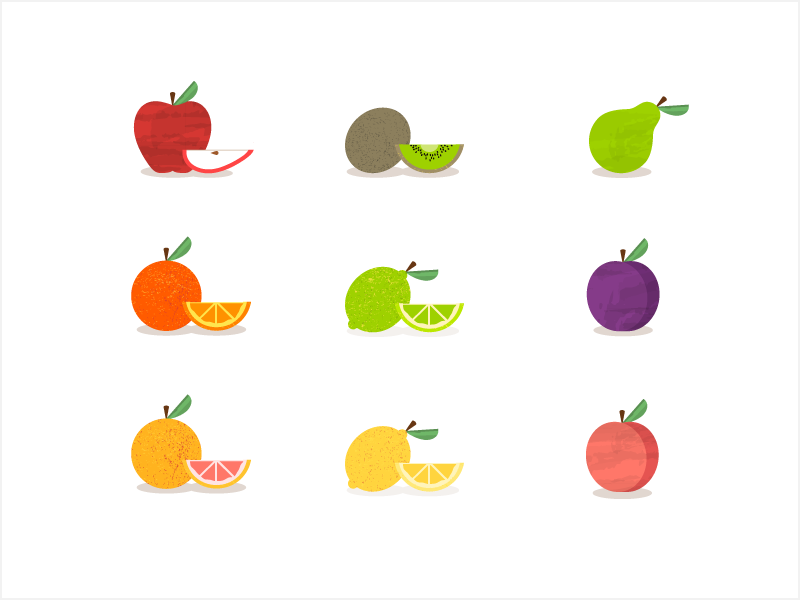 Nine different fruits make an appearance throughout the twelve different fruit games: apple, kiwi, pear, orange, lime, plum, grapefruit, lemon, and peach. Students are rewarded by a change of fruit after the completion of each game in the series.

Cleverly disguising the game’s educational objective with cheerful, brightly-colored fruits makes the learning process more enticing. To learn more about our work with Connect4Learning, check out http://www.c4lcurriculum.com. Stay tuned for updates on some of the other fun games we’ve been working on.